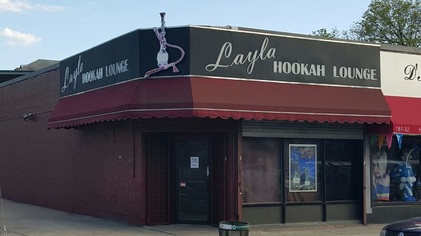 The art of smoking hookah has been around for centuries and over those centuries the art form has gained traction. Although studies have shown that hookah smoking may be just as bad as or even worse than smoking cigarettes.

“Tobacco smoking in any form is very bad for your health and can cause health complications,” says Professor Deb Chakravarti a York College chemistry professor, and also director of York College’s FDA Partnership and Pharmaceutical Sciences Program, in an interview.

Hookah is also known as shisha, narghile, and hubble-bubble. Hookah smoking involves using a water pipe to smoke flavored or sweetened tobacco. Smoking hookah is a tradition that’s at least 500 years old. The tradition originated in northern Africa and southwest Asia. Smoking hookah was mostly done in Middle Eastern countries but is now growing in popularity worldwide and is common in the United States.

Hookah Smoking is catering to a new set of tobacco users. The Oxford Journal on Nicotine and Tobacco Research, finds that 1 in 3 college students has smoked hookah at some point; more than 50% of those students were not cigarette smokers.

“It’s very popular and is seen as a way to socialize. Hookah smoking is like going to a bar and having a drink with friends, instead the alcohol is replaced with hookah pipes.” Said Elijah Gardner, 20, a York College business major in an interview.

New York University’s Center for Drug Use and HIV Research states that eighteen percent of students reported hookah use in the past year. Compared with white students, black students were at lower odds for use.

It has become a social norm, drawing the 18 and over crowd into the cloudy smoke filled rooms of hookah lounges. According to a poll a majority of young adults 18 to 30 who smoke hookah think it’s safe.

“Hookah smoking is seen as harmless to many people because, many people think the toxins are being filtered by the water,” said Professor Deb Chakravarti, a chemistry professor at York College in an interview.

Contrary to popular belief hookah smoke is no less dangerous than cigarette smoke. A smoke session of hookah, of sixty minutes delivers enough tar, carbon monoxide, heavy metals and cancer-causing chemicals (carcinogens), that it is like smoking a pack of cigarettes. In fact, hookah smokers are exposed to more carbon monoxide and smoke than are cigarette smokers, according to Mayo Clinic.

“Hookah smoking is cheap, and fun,” said Natasha Turner, 21, an Aviation Management major at York College, in an interview. She also adds “It’s also a good way to get friends together. Even though they both are tobacco, hookah is a social tobacco, you’re not just smoking your listening to music, you’re talking, and you’re having a good time.”

Many people have a greater understanding of what cigarettes can do to your body. Indoor smoking bans, and tobacco product marketing restrictions have increased public awareness. Commercials portraying the outcomes of many cigarette smokers’ lives, as well as upbeat commercials as the popular “Left Swipe Dat” ad geared towards younger tobacco smokers have decreased cigarette smoking in the United States during the past 45 years.

However, the use of alternative forms of tobacco, such as hookah, is rising, threatening these successful efforts according to JAMA Pediatrics.

“I use to be a smoker. I quit, after I realized I had smoked 80 cigarettes in one day. Hookah being a tobacco product is no better for you.” Said professor Chakravarti.

Queens has a rich history of jazz music and musicians whose memories of the soulful music are enough to want to keep it around and thriving. Many musicians are taking up the fight to bring jazz out from hiding and to the ears of the people of Queens.

“Jazz keeps to itself. Those of us who love and dare I say need it, know where to go,” said Dr. Tom Zlabinger an assistant professor of music at York College and the director of the York College Big Band and the York College Summer Jazz Program. He also adds “but like the Speakeasies of the past, you need to know a guy who knows a guy to get on the scene.”

The Creative Jazz Organization is one of those hidden gems that few people know about.

For the musicians that play at the American Legion Benjamin Moore Post 1946 hall, Wednesday signifies “Jazz night,” a tradition the Creative Jazz Organization (CJO) has been keeping alive for over 35 years.

“This isn’t any half rate show, these are professionals, you get the feel of paying $100, to see a show without having to pay $100,” said Peter Dunn,32, a computer programmer from Richmond Hill, Queens.

Many Queens residents don’t stick around Queens, because they are not aware of the great musicians located in their own backyard.

“Most people go to The Village Underground or Blue Note in Manhattan to listen to jazz,” said Bernice Watkins who is a guest singer with the bands in the organization. She is also working on a solo jazz album.

The musicians begin to play at 8pm sharp, filling the room with smooth tempos and jumping beats. A crowd of listeners nod along, enchanted by a time when music was good and simple, where the instruments in a song were actually played by real live musicians and not by a producer pressing a button on a keyboard.

“There is nothing like a live performance. Jazz thrives on the moment. And though recordings are great to document the music, nothing is like that moment when things just lock, or explode, or melt,” said Dr. Zlabinger

Jazz sales are continuing to fall and has tied with classical music as the least-consumed music in the U.S., after children’s music.

“I grew up listening to Jazz, I make sure my son gets his full dose of jazz when he rides in the car with me. He hates it, which is sad, he doesn’t even know his music stems from Jazz,” said Michael Smith, 50, an MTA worker from Cambria Heights, Queens.

Although Jazz music is declining in album sales music downloads and streams are making it easier to reach audiences.

“I think streaming and downloads are supporting jazz! More people have access to it,” said Dr. Tom Zlabinger an assistant professor of music at York College.

When you think of jazz, you think of New Orleans, Chicago or Harlem. But Queens, New York, has long been a hometown for great Jazz Musicians and big band names. Ella Fitzgerald, Louis Armstrong and the big band leader Count Basie all lived in Queens, New York. The Landmarks Preservation Commission granted landmark status to Queens’s neighborhood of Addisleigh Park where all these greats lived.

There are few but precious memorials in Saint Albans, Queens. The mural on the northern side of Linden Boulevard as it passes under the Long Island Railroad that pay homage to these greats.

Wilhelmina Johnson, 56, a retired music teacher from Saint Albans Queens said “Where is jazz going to go when all these Hip Hop kids grow up? I pray it doesn’t disappear but I don’t think young folks appreciate Jazz like they should.”

For the members of Creative Jazz Organization and others who look to not just preserve, but keep jazz thriving and present, this is but a small step on a long soulful road.

Valerie Coleman a member of the Creative Jazz Organization for six years said “I think organizations like this is what helps keep Jazz going and reachable to the Queens community.”

Are you Prepared for Doomsday? I was watching an old episode of Doomsday Preppers, in which a couple was preparing for the Zombie Apocalypse. 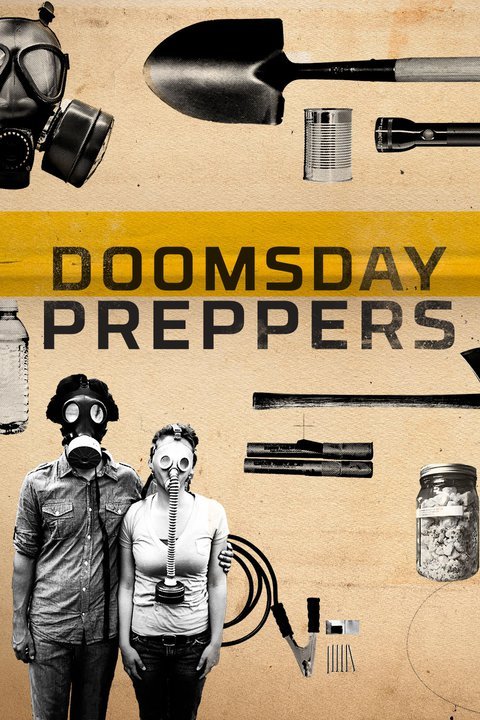 To show my support for this very real cause I dedicated this post to inform and help prepare those who are not ready. I decided to remix a poster I found online using the Photo Shop App on my phone.

Be the Cure!!! To prevent a zombie infestation….

5. Its all about survival of the fittest, so any weapon is a good weapon. 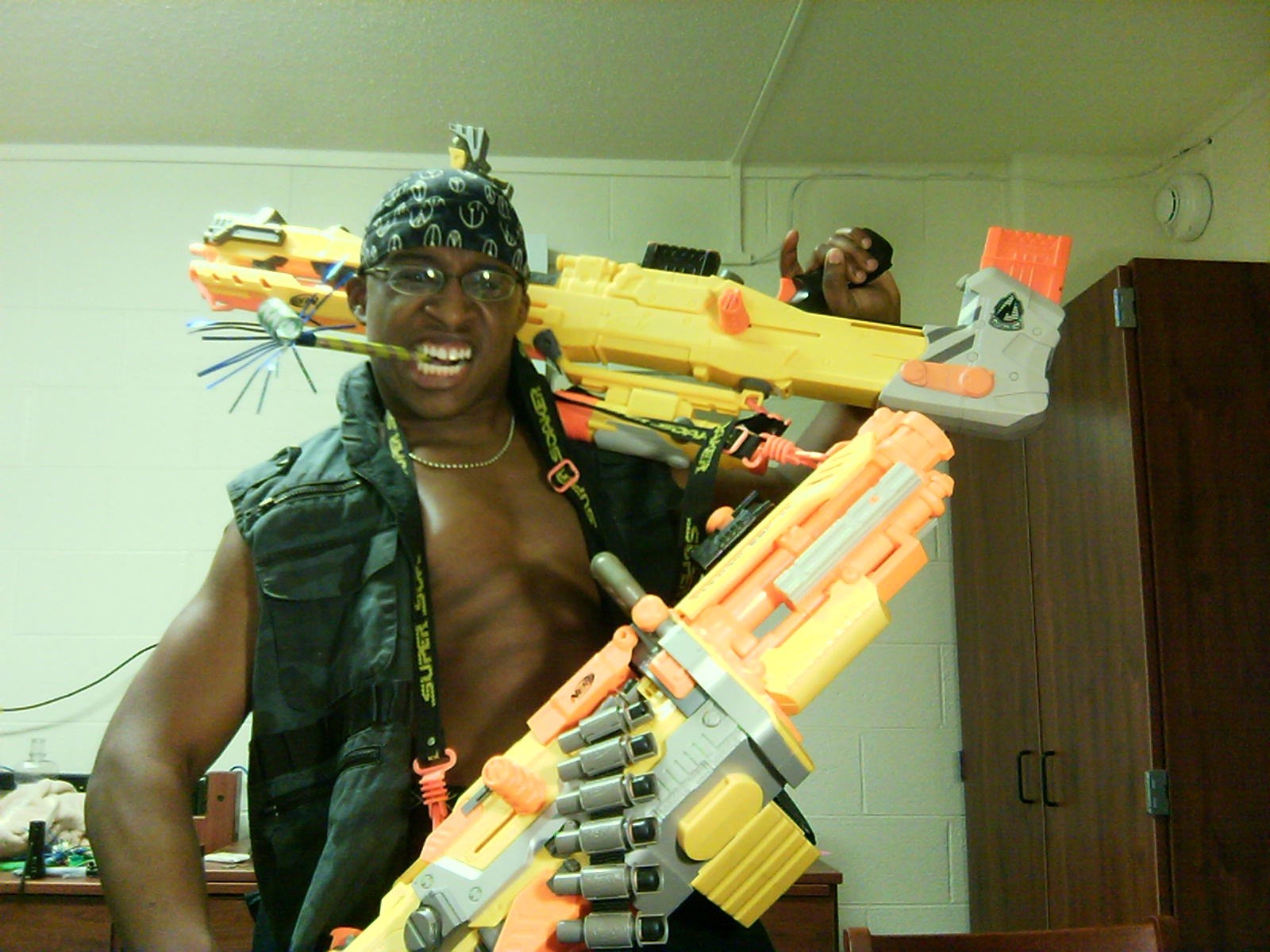 This weekend was gorgeous, the sun was so bright and beautiful. But just like every year when it gets just a little warmer people think they can walk outside like its the dead of summer, some people just don’t know what to wear. It’s that weird in between weather where people wear too much clothing…. 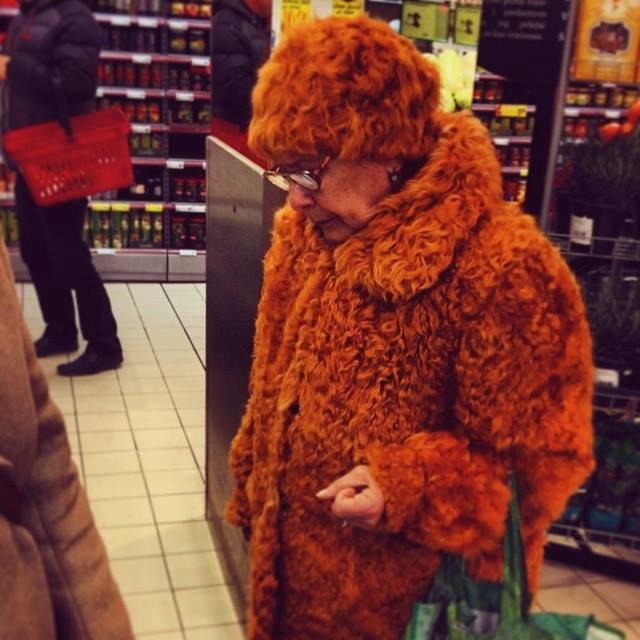 Unfortunately its going to rain on Monday. I’m trying to enjoy this nice weather and the rain wants to come and mess it up.

T-shirt I made on To.be/fields