Well not too long ago I received my first modern game console the Nintendo 3DS as a birthday gift, and ever since I’ve received the console and the games that I bought. I’ve had the strong urge to hack and modify and change the contents in the game. During that small time that I’ve been getting quite a lot of mixed comments from people about what I do. Some people appreciate it because, I use my powers to help others with in game items that they need. But some people criticize me saying that its wrong to play the game that way. My opinion is that a person should complete the main story of the game with no hacks or cheats because it ruins the challenge of the game, but once the person is done with the game they should be free to mod around and change what they feel like . Because once the game’s story is complete the main challenge of the game is as well. Once you complete the main challenge you should be allowed to cheat the game. What do you think? What is your idea? 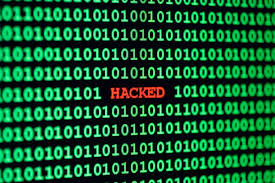 One thought on “Hacking Games:To Hack or Not To Hack,Here’s My Opinion”