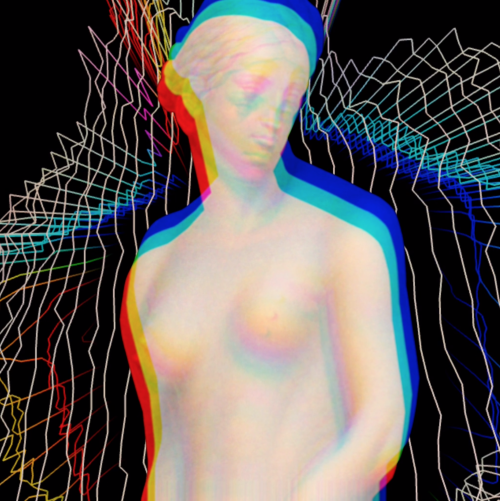 I’ve been using my iPhone as part of my image-making process for a couple years now. At first it surprised me given that I’m fairly proficient with a lot of image manipulation tools for professionals – lots of the Adobe Creative Suite. I’ve used applications like Photoshop, Illustrator, After Effects, and more for years.

You might be familiar with the filter set of Instagram and other social media tools, but these often constrain the resolution of the image and force you to use the social media platform to publish the work. But when I saw apps that were being created for image makers, not just for social media. I started to spend more time on the phone.

I primarily use the phone to experiment with visual forms I’m not familiar with. For example, I really like the aesthetics of glitch art and vaporwave, and there are many apps which support playing with this genre of work. Many of the pieces born on my phone I publish on a Tumblr blog. It’s something I can do in my free time. It’s a way of staying in a making habit.

The video tutorial above was a live demonstration I gave to Ryan Seslow’s digital art class at LIU. It’s a quick tour of my process, but I encourage you to experiment and generate your own.

So if you’d like to play along consider doing the following:

2 thoughts on “Push your smart phone to the limit”