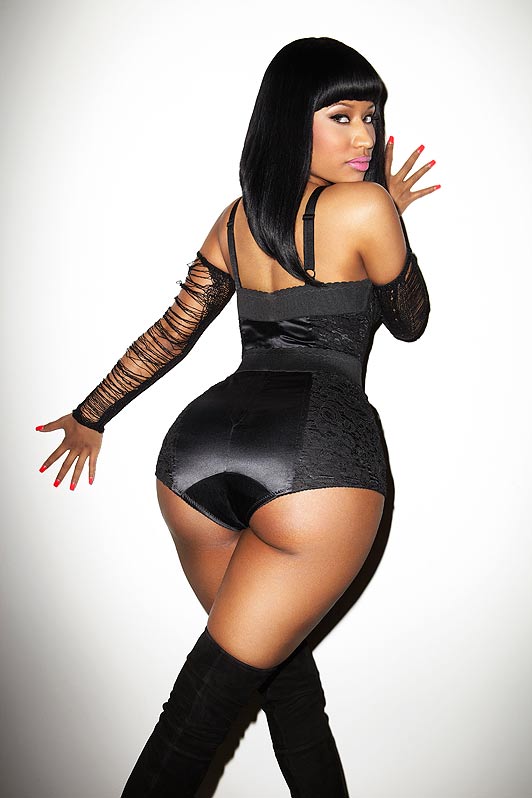 In today’s gender and media class we read about the issues surrounding “gendered” bodies and representation. Based on these readings, I was asked to offer an example of a specific public person (celebrity, athlete, politician, etc.) and describe how our culture represents their identity and body based on gender, class, race, religion, politics, ethnicity, sexuality, etc.

Of course I am going to use Nicki Minaj as an example of this. She is most known for her body, and by body I mean ass. No one really comments on how nice her eyes are, or how pretty her teeth are; majority of the comments are about her behind. I honestly don’t even think people notice her thighs or breast. Anyway this idea of the perfect woman, nice body (great amount of ass, maybe at least C cup breast) and a decent face, is flooding women’s mind to make them believe they aren’t good enough, however it doesn’t only effect women.

Men can also feel this sense of insecurity when all women talk about is how sexy Trey Songz, Chris Brown, or Tyrese’s body looks. Although these men all have really, really, REALLY nice bodies, it also tends to make females think that this is the type of body her man must have. I have spoken to plenty of guys who make comments such as “I have a bird chest” or “I need a man chest” when referring to why they are uncomfortable with taking their shirts off. I believe if people will stop trying to shoot for perfect things would be that much better. Think about it, if you see 20 women and only 5 of them have nice (meaning not flabby) large behinds and the rest don’t, what does that tell you? Everyone can have something beautiful about them if you just stop trying to build a “perfect” woman/man and work with what you have.